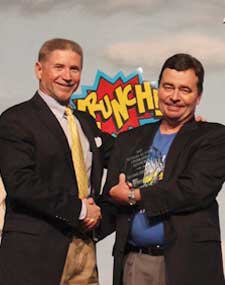 Steve Schulte-SHRM-SCP, President of FirstStaff, has been active in the Arkansas business community for over twenty five years.

Steve served as the President of CAHRA in 1997, in addition to other officer positions and the Board of Directors. The year he was President, CAHRA won Arkansas’ first ever SHRM Pinnacle Award. Steve is an active member of the ARSHRM State Council serving as the current Governmental Affairs Director. He also served as the organization's State Director in 2007 and conference chair in 2009. Steve was awarded the ARSHRM Human Resources Professional of the Year in 2006. Steve was honored to receive the CAHRA Outstanding Member Award in 2005. Steve is also a member of the WCASHRM chapter in Hot Springs. Steve was named as one of Arkansas Business' 40 Under 40.

Steve is a practicing attorney in Central Arkansas and a licensed member of the Arkansas Bar Association. Through his law practice, Steve focuses on labor and employment law, human resource consulting, business planning and transactions, and estate planning. A believer in community involvement, Steve has also served as the Vice President of the Humane Society of Pulaski County, an association which has introduced his home to more animals than he ever intended.