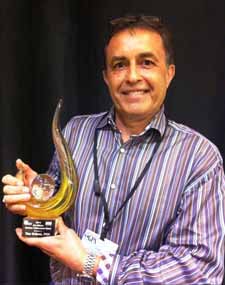 Tim Orellano has been a leader in Human Resources in Arkansas for many years. Tim has served as Chapter President, most other chapter offices, and as a board member for the Central Arkansas Human Resources Association. Tim has also chaired or served on most of the committees of CAHRA. Tim served as three years as the State Director of the Arkansas State Council. Tim has served as State Conference Chair and has also served on several state conference committees. Tim has been recognized as the CAHRA Professional of the Year and ARSHRM’s Arkansas Professional of the Year. Tim has given his time as a speaker at state conferences and chapter meetings around the state. In addition, Tim has served the profession at the national SHRM level.

Tim Orellano serves his community as well as his profession evidenced by his service on boards and community groups like St. Vincent’s New Outlook Women’s Cancer Recovery Program and the Arkansas Industry Liaison Group. He is a Certified Trainer for Achieve Global (formerly Zenger Miller) in their leadership development program. He is a featured contributing author to Arkansas Health Care Association Magazine.