This award recognizes outstanding contributions of time and effort in local, state, or federal legislative advocacy on behalf of the Human Resources profession.

For those who knew the late Russell Gunter, you know how much he cared for our profession and especially Governmental Affairs. This year’s recipient stands side by side with Russell and if he was here today, he would be high fiving our recipient.

Tara is an insurance company executive with Selected Funeral and Life Insurance Company headquartered in Hot Springs, Arkansas. Employed with SFLIC since 1996, she works as the Senior Vice President, Corporate Services, and oversees the Human Resource and Compliance functions.

Tara has been a steady and active participant in legislative affairs as a SHRM Legislative Advocate and has been involved in nearly all of the ELLA Conferences. She was instrumental to organize and elevate the ELLA conference with Russell and other volunteers in its early years, and she is responsible for its beloved nickname “ELLA.”

She encourages and promotes strong grassroots initiatives including contacting legislators to explain the effect of pending legislation on behalf of the Human Resource profession. Over the years, she has articulated and communicated legislative positions that that affects the workplace such as the Employee’s Free Choice Act, healthcare, time off, tax credits, unemployment system upgrades, wage payment after death, and garnishments to provide more clear guidance for employers. She also led efforts regarding the Arkansas Social Media Law as it related to employers, both in the General Assembly and the Arkansas Department of Labor.

A past recipient of the Arkansas HR Professional of the Year, the resounding word and quality that describes Tara is “Serve.” She serves others and our profession is so many ways and symbolizes how Russell Gunter served from which this award is named. 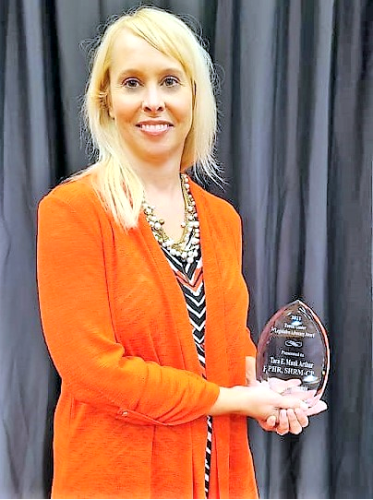