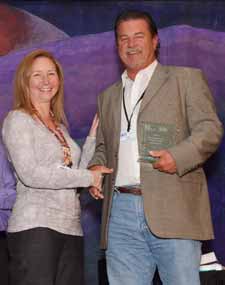 Dennis Cooper has been active in the Human Resources profession for about 20 years. He has been very active in both the Jonesboro Chapter ( NEARSHRM) and in the Arkansas State Council (ARSHRM). Dennis has served in many leadership roles at NEARSHRM including chapter president. Dennis has served the State Council in many different roles as well including serving on state conference committees, At-Large Director, Chapter Development Director and Foundation Director.

Dennis Cooper earned a Bachelor of Science degree from Our Lady of the Lake University in San Antonio, Texas and a Master of Educational Administration from Arkansas State University. Dennis served in the United States Air force for 23 years and served in Guam, England, South Korea, Germany as well as in the U.S. He was named Non-commissioned officer of the Year for the USAF Hospital, Kirtland AFB, New Mexico and Educator of the Year for the School of Aerospace Medicine in San Antonio. Dennis is a graduate of Leadership Paragould and has served as chair of that program. He is a board member of Rotary and has been recognized as Rotary citizen of the Year and Chamber of Commerce member of the Year.

Dennis’ educational background has led him to develop many programs with his employer including, training and wellness programs.