Steve Schulte receives the 2019 Friend of the Profession Award.

Steve Schulte, SPHR, SHRM-SCP, President of FirstStaff, has been active in the Arkansas Human Resources business community for over thirty years

Steve served as the President of CAHRA in 1997, as well as in various other officer positions. Steve has also been a member of the Board of Directors with a focus in legislative affairs, and has served the chapter and State Council as the current Governmental Affairs Director. He continues to be a leading voice in updating the HR community on current and pending state and federal legislative affairs. He has attended the SHRM Legislative Conference, and has represented our state by meeting with congressional leaders on our behalf in DC. The year he was President, CAHRA won Arkansas’ first ever SHRM Pinnacle Award. He also served as the organization's State Director in 2007 and conference chair in 2009. Steve was awarded the ARSHRM Human Resources Professional of the Year in 2006 and received the CAHRA Outstanding Member Award in 2005. Steve was also a member of the WCASHRM chapter in Hot Springs, serving in a legislative affairs role. Steve is a recipient of the 2015 Russell Gunter Legislative Advocacy Award Winner.

He served on the first ELLA conference committee 18 years ago, has consistently supported this conference financially as a sponsor, and always allows his staff ample time to volunteer. Steve further demonstrated his commitment to the Ella conference through 8 additional years of service as a committee member. He regularly serves on panels to discuss legislative issues and concerns affecting the HR profession.

Not only does Steve keep himself constantly abreast of current and future changes to employment law, he has always been found willing and able to assist and answer questions about pending legislation. He regularly makes contact with local legislators and employment attorneys to let our HR voice be heard.

Steve is a practicing attorney in Central Arkansas and a licensed member of the Arkansas Bar Association. Through his law practice, Steve focuses primarily on labor and employment law and human resource consulting. 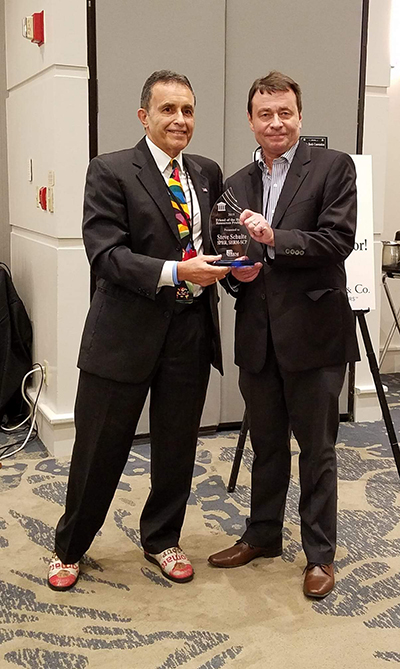