Dave Basham receives the 2014 Friends of the Profession Award.

Arkansas SHRM is pleased to announce that this year's Friend of the Human Resource Profession to Dave Basham, who serves as Management & Program Analyst for the U.S. Citizenship & Immigration Services, Department of Homeland Security. Dave has served as resource to the Arkansas SHRM members speaking at the state conference twice and presented free webinars on the changes in the Form I-9 and E-Verify. His manner was very engaging, and he made the subject matter very accessible and easy to understand.  Mr. Basham went above and beyond our expectations as a presenter.

Mr. Basham joined U.S. Citizenship and Immigration Services in July 2008 following his retirement from the U.S. Army.  He was heavily involved in providing presentation of the Form I-9 to the Commonwealth of Northern Mariana Islands in 2009.  He currently serves as a national contact for ICE IMAGE Agents in regards to the Form I-9 and E-Verify.  His speaking engagements have included audiences ranging from elected officials, immigration attorneys to human resources and payroll professionals in over thirty six states and territories.  Mr. Basham’s military assignments were numerous in the Infantry arena.  His military service decorations include the Legion of Merit.  He is originally from West Virginia but now makes his home in historic Virginia.

He has attended the ARSHRM Human Resources Conference & Expo on two occasions as a speaker and as an exhibitor at no cost to our organization.  His sessions were very well attended and the evaluations showed that attendees enjoyed and learned valuable knowledge to take back to their workplaces.

Twice he has set up FREE Webinars to specifically assist ARSHRM members with the changes in the Form I-9 and E-Verify. We received lots of positive feedback on these webinars. Most of it directed at Mr. Basham himself. His manner was very engaging, and he made the subject matter very accessible and easy to understand.  Mr. Basham went above and beyond our expectations as a presenter.  He also answered all questions submitted to him. His depth of knowledge, coupled with his engaging manner, makes him stand out from the crowd.

Mr. Basham provided all info needed in a timely manner in order to submit ARSHRM sessions and webinars to the HR Certification Institute for certification credit.

In conclusion, we believe that Dave Basham is very deserving of this award. 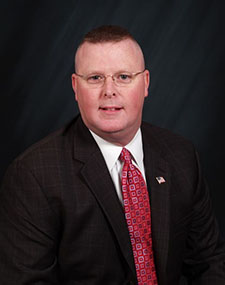 Not only is it an ‘honor’ to receive this award but simply knowing someone thought enough of my communication and partnership w/ ARSHRM to submit my name for consideration is a little overwhelming itself.  I’m not one who seeks such accolades or recognition rather a behind the scenes individual who strives to assist employers in their knowledge of the I-9 and E-Verify.  I look forward to receiving this award from Cathleen during her attendance to the SHRM conference here in Washington, D.C.  Additionally, wouldn’t it be great if the  ARSHRM State Council received the Pinnacle award for your submission of the webinar series!

Again, my sincere appreciation for this honor and I look forward to continuing to assist ARSHRM members in their employment eligibility verification compliances programs and processes.